I've been meaning to make this for years!  The recipe I was going to use instructs you to slice the garlic using an attachment for a KitchenAid mixer, which I did buy.  But, every time I planned to start, the thought of hooking up that slicer prevented me from proceeding!

Finally, running out of time, I decided to just puree the garlic in the food  processor and dehydrate it on sheets of parchment paper.  If it didn't work, I'd be no worse off than if the garlic had gone bad waiting for me to process it.

Believe it or not, IT WORKED!  And it was so easy!  The hardest part was peeling the garlic....

Peel the garlic and remove the root end.  If it's old and starting to sprout, remove the green sprout as well as it can be bitter. 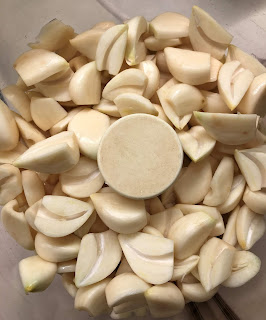 Puree the garlic in a food processor. 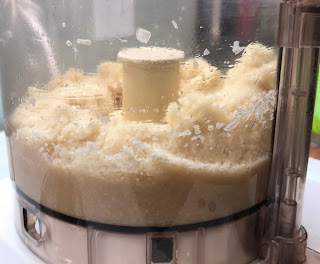 Spread the puree on parchment paper and dehydrate at no more than 110 degrees F.  I left it in the dehydrator for over two weeks - I wanted it to be REALLY dry! 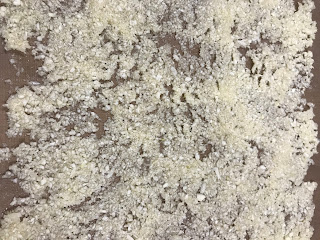 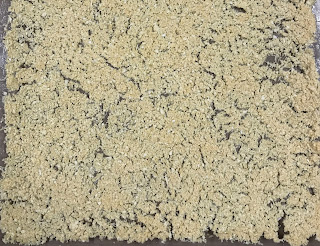 Break up the dried sheets and transfer into blender or processor bowl.  Grind to a powder. 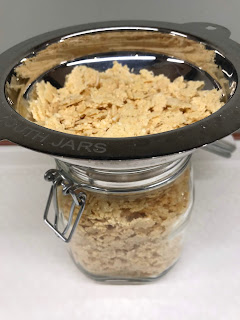 Store in glass jars.  I will transfer this to Miron jars but wanted to show what it looked like. 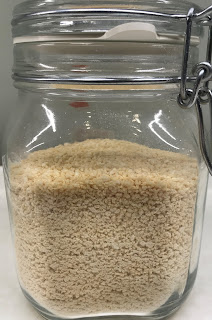 I have been making these walnuts for years, ever since I learned that nuts contain an anti-nutrient, phytic acid, which inhibits mineral absorption and interferes with digestive enzymes.  This anti-nutrient is deactivated by soaking.  Soaked nuts aren't appetizing so they're usually dehydrated after soaking to crisp them up again.  I use this process with all nuts - almonds, pumpkin seeds, and my favorite - walnuts.

With pumpkin seeds I usually use aji amarilllo, a yellow chile from Peru.  With almonds I don't add any chiles, I just use himalayan pink salt.  With walnuts I use a mild New Mexico Hatch chile.

In a glass or stainless bowl, cover the nuts with a generous amount of water - at least 2" above the level of the nuts - add 2 T. salt for every pound of nuts, and let them soak for 1-3 days until all bitterness is gone.  Change the water every 24 hours.

Spread the nuts out on dehydrator trays or, if  you don't have a dehydrator, on jelly roll pans.

Sprinkle with salt and chile. 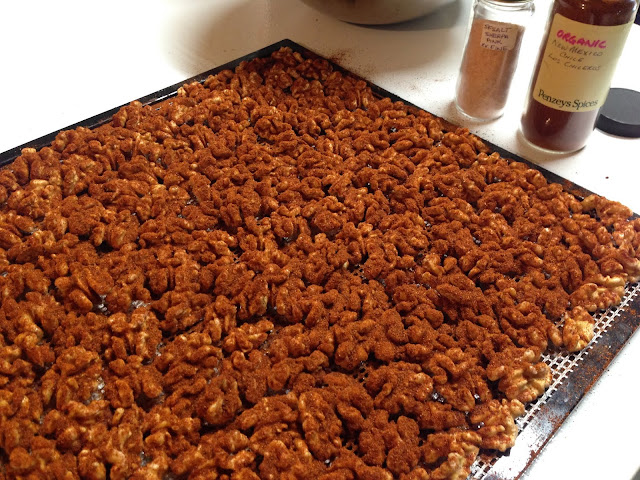 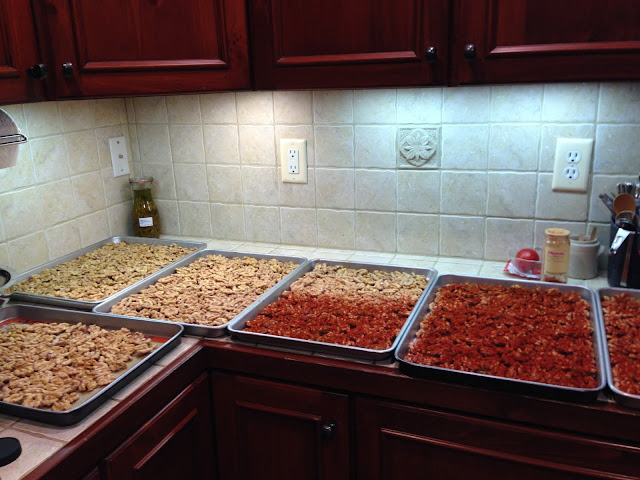 Dehydrate at no more than 118 degrees until dry and crisp.  Depending on how long you soaked them, this could take from 1 to 3 days.

There has been LOTS of swiss chard in the farm store recently and I was getting tired of my old recipes even though I love them all.  I found this searching for something new and decided to try it.  I don't stock barley, though, because it has gluten, so I made it with short grain rice.

Reduce the heat to medium-low, and simmer until the stock is mostly absorbed, stirring frequently, about 15 minutes.

Add the radishes and remaining stock, 1/2 cup at a time, stirring frequently, until the rice is tender, about 45 minutes.

Add the chard and stir until wilted, about 5 minutes.

Stir in the preserved lemon and add up to 3/4 teaspoon salt, depending on how salty your broth or lemons are.

Remove from heat. Stir in the dill and mint. Serve warm or at room temperature.

* I have been using the entire swiss chard leaf including the stalk.  Because the stalks take longer to cook, I slice the entire leaf into 1/2" pieces and dump them into boiling water.  After simmering for 8 minutes I drain the leaves reserving the water.  I use this as the water called for in the recipe.

I am re-posting this recipe, because I've found ways to improve it.

This recipe is originally from the wonderful book Root to Stalk Cooking by Tara Duggan. She makes it with green chard, as they do in the Mediterranean, and instructs you to boil the stalks, but I wanted to use red chard and boiling would have removed all the color, so I steamed them. 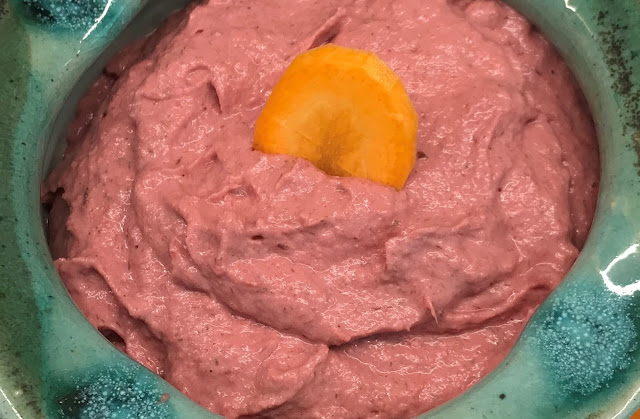 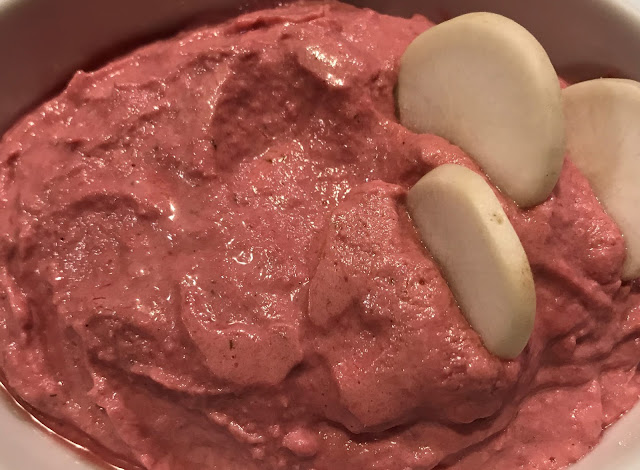 Even if you use red chard it won't be pink like the photo unless you remove every shred of green from the stalks!  The first time I made this, I didn't, and it was an unappetizing light brownish pink.  The second time I used only the ends of the stalks, removing every shred of green with a knife, and it was a beautiful deep pink!  (I used the leaves to make Red chard and white beans with tomato and garlic.)

If you use green chard, which has whiteish stalks, it will be similar to the color of chickpea hummus.


Clean the stalks of every shred of green!  Steam until the stalks are tender and soft, between 10-15 minutes.  Remove from heat and set aside to cool.  (It's not necessary to chop the stalks, or cool them.  Just cut them small enough to fit in your strainer, and when they're tender dump them into the processor/blender.)

Combine stalks with the remaining ingredients in a food processor bowl.  Process until a thick paste forms.  Add 3 T. water and continue processing until the dip is smooth and creamy.  Taste and adjust seasoning.  Refrigerate until ready to use.

* I used the leaves to make Red chard and white beans with tomato and garlic so I steamed the stalks in a strainer set over a 6-qt stock pot and then topped up the water to cook the leaves.