The original recipe for this soup, made with cauliflower, is one of my favorite soups EVER!  When I was out of frozen farm cauliflower, but had  plenty of celeriac, I decided to see if it would make a good substitute and was thrilled that it DOES!

I used an immersion blender for this so it's not as creamy as the cauliflower version. 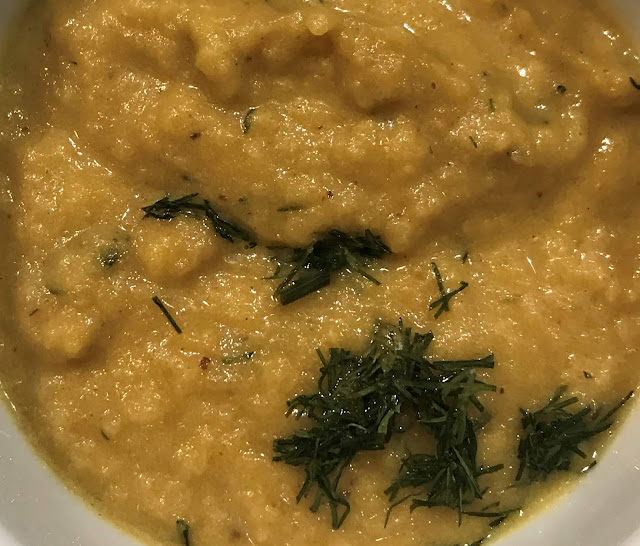 Cook the celeriac in acidulated water to cover until tender.  Drain.
Heat 2 T ghee in a large saucepan and saute onion until translucent.

Push the onion to the side of the pan and add the celeriac to the center.  Saute until lightly browned.

Bring to a simmer on med-high heat.  Cover and cook until celeriac is fall-apart tender, 5-10 minutes.

Return to heat and stir in cream or half-and-half and then lemon juice.

I froze this in quart jars and it reheated beautifully!