It's been really cold lately, so I planned a comfort food dinner tonight: roasted tomato soup that I had canned last summer, and chicken salad melts - you know, like tuna melts but with chicken salad instead, because tuna is now an endangered species, and I'm pretty sure fish is no longer a 'healthy' option, either for us or for our oceans. 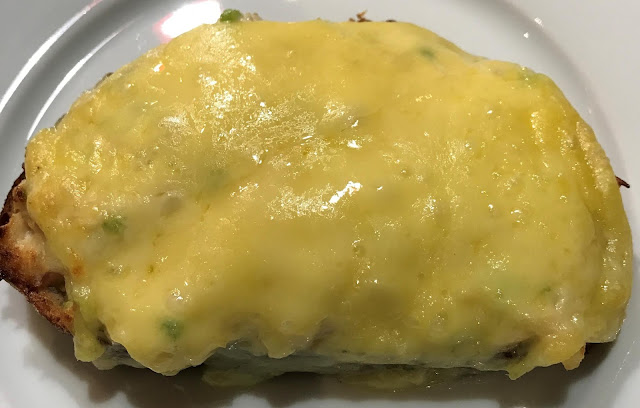 
Preheat a small oven to 350F.  I make these in our toaster oven so I don't heat up the kitchen for a few small sandwiches.

Spread the chicken salad on the bread and cover it with cheese.   I don't use nonstick cookware so I slipped a Silpat mat underneath to facilitate cleanup. 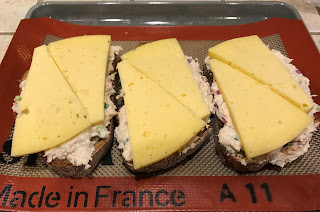 Bake for 10-15 minutes until the cheese melts.  If you'd like it brown on top, run it under the broiler for a minute or two.

Serve immediately, with a bowl of soup! 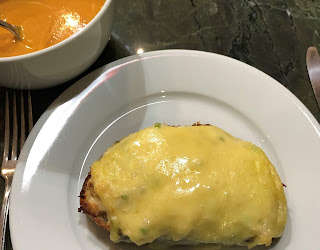