There are a dozen versions of this recipe online, all of them similar to this one, and ALL of the comments include at least one person claiming that their grandmother salted the cucumbers before mixing them with the sour cream.  One person claimed that her mother placed the cucumbers in a colander, salted them and then covered them with ice cubes.  Once the ice cubes melted, the cucumbers were ready to use.
Feel free to do that, if you prefer, but I never do.
Cucumber Salad with Sour Cream and Dill
(aka gurkensalat) 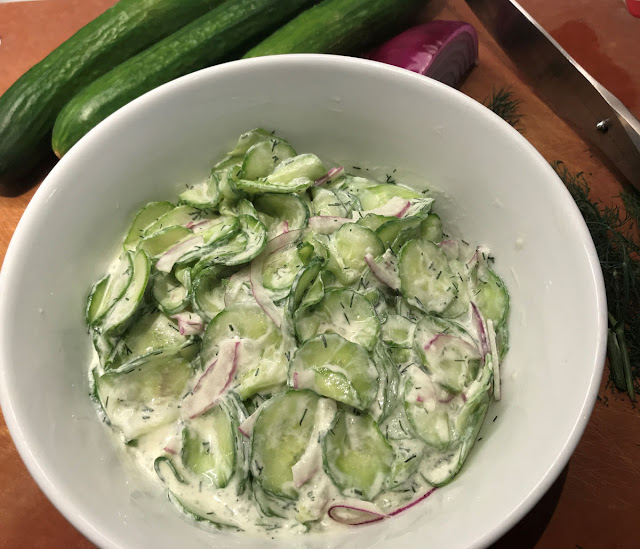 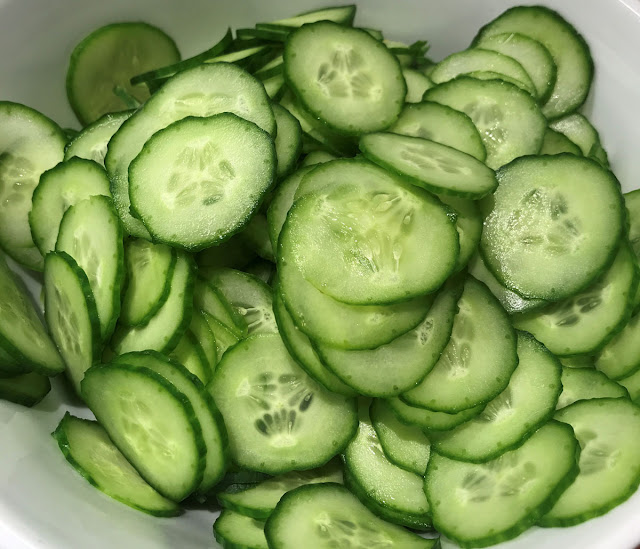