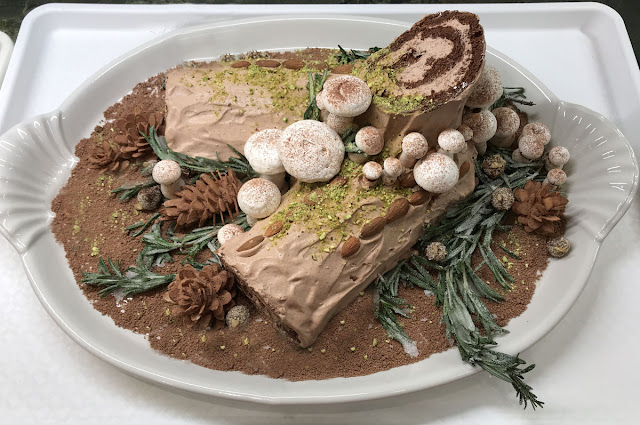 I've been making this recipe for years!  It's the easiest cake I've ever made and one of the most delicious.  You can serve it 'neat' with no garnishments, or go whole hog with pistachio 'moss', meringue mushrooms, almond pine cones, sugared rosemary 'branches', sugar plum acorns, and red berries on a bed of coconut 'dirt'.

The day before I served it, I was able to make all the components for two logs in 6 hours.  The following day, it took one hour to make the filling and roll both logs, and then 1.5 hours to assemble them as shown above.  I think it looks like it took much longer than that....

Grease the jelly roll pan (bottom and sides), line it with parchment paper and grease the paper lightly.  This cake will stick so make sure the parchment comes up the sides of the pan (as shown in the photo below) and grease the sides well.  If your parchment isn't wide enough, use two sheets and overlap them. 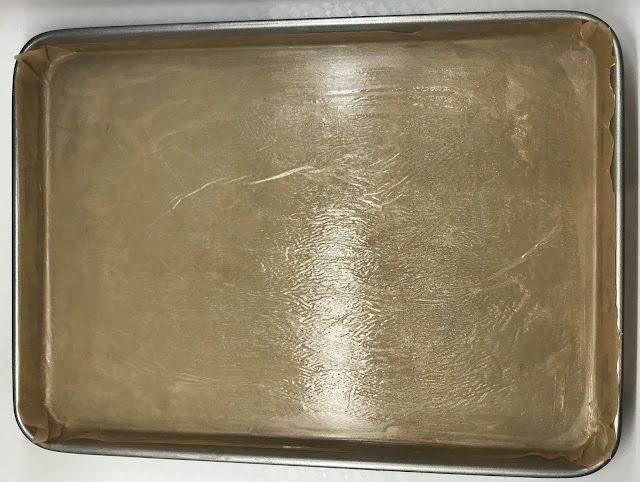 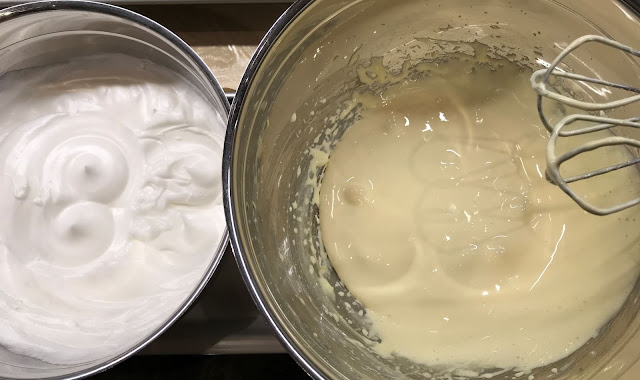 At LOW speed, beat in cocoa, vanilla and salt just until smooth. 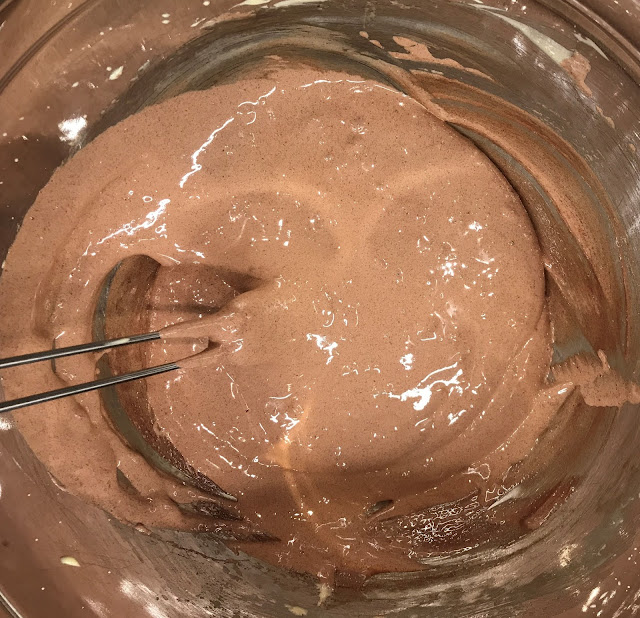 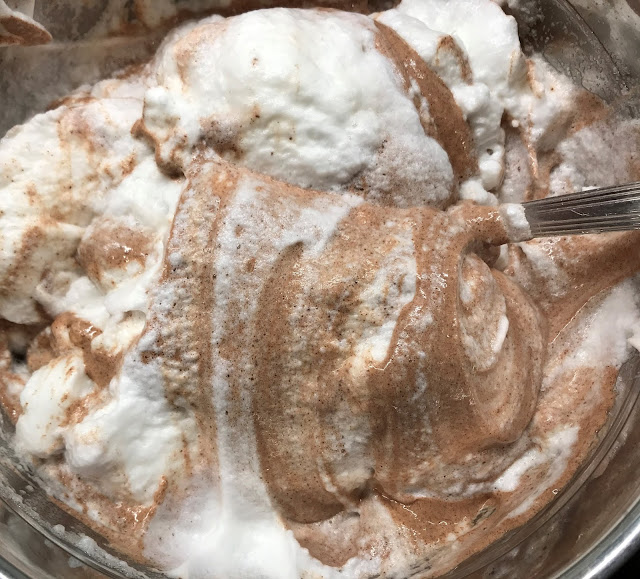 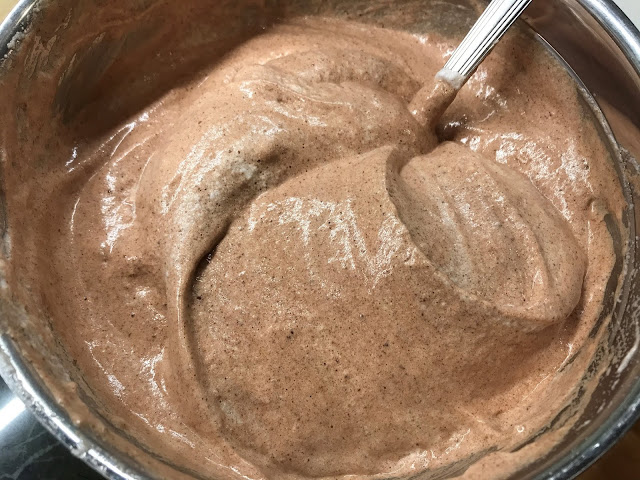 Spread evenly in prepared pan and bake 15 minutes until it springs back when pressed with a finger.

While it's baking, sprinkle one side of the dish towel with powdered sugar.
* When I use three terry dish towels stacked, and covered with a thin dish towel, the cake does not crack when it's unrolled.  The thin dish towel sticks mush less than the terry ones. 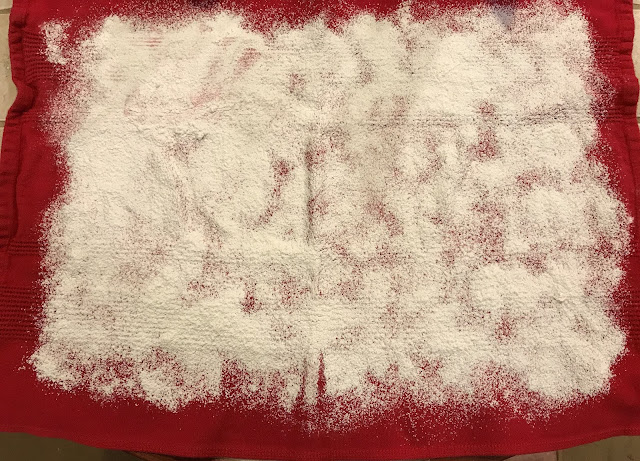 Run a knife around the edges to insure the cake isn't sticking to the pan.

Rest one edge of the long side of the pan at the edge of the powdered sugar and, holding the corners of the parchment on the opposite side, ease the pan down over the sugar.  If you let it drop, there will be sugar everywhere!

Lift off the pan, and peel off the paper.  If you didn't grease it well, it will stick, so go slowly.


Roll the cake up - towel and all - starting at the short side. 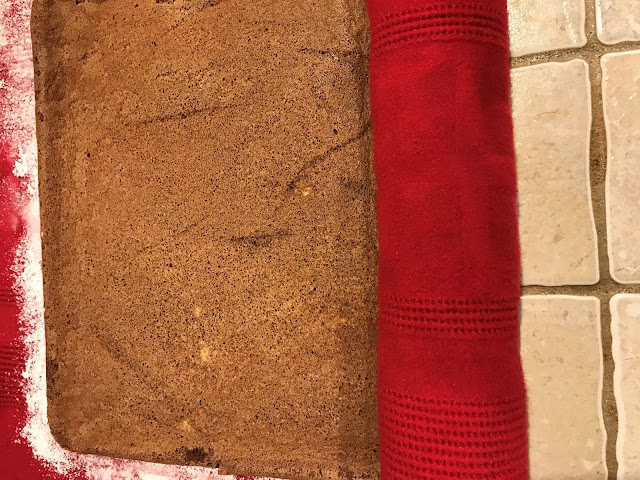 Cool completely on rack, seam side down, at least 1/2 hour. 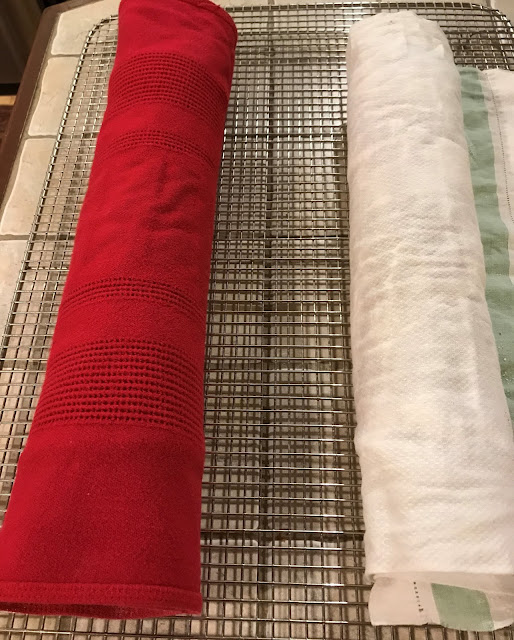 Combine all ingredients in a medium bowl and beat until thick.  Refrigerate until needed.

When cake is cool, unroll it (it may crack - this is OK).  The thicker your towel, the less likely it is to crack. 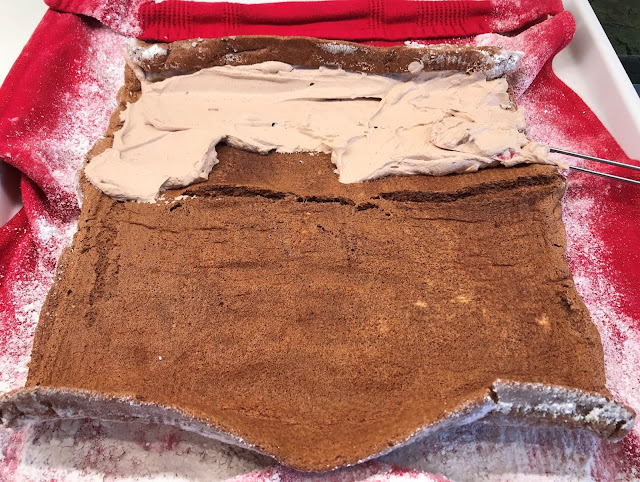 Spread filling to 1" from edge and roll it up.  The ends will be ragged.  I usually cut them off. 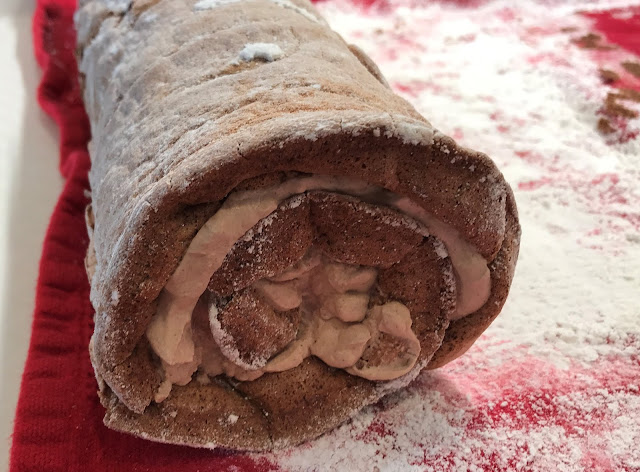 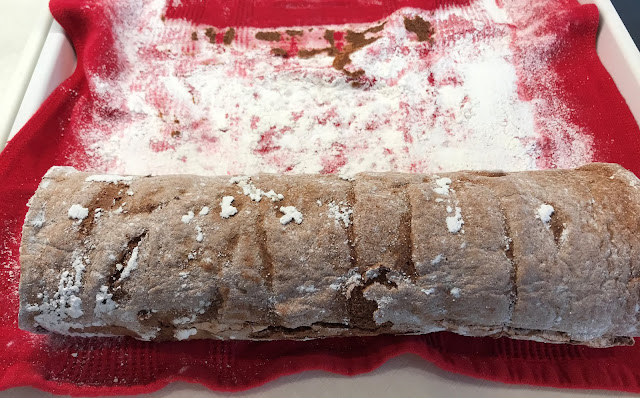 Place seam-side down on a platter, cover loosely with foil and refrigerate at least one hour.

If you lean the mushrooms against the cake, as I did, they will absorb moisture and lose their crispness.

After our guests left, I transferred what remained of the cake to a cutting board so I could fit it into the fridge.  This is similar to what it might look like if you made only one log instead of two. 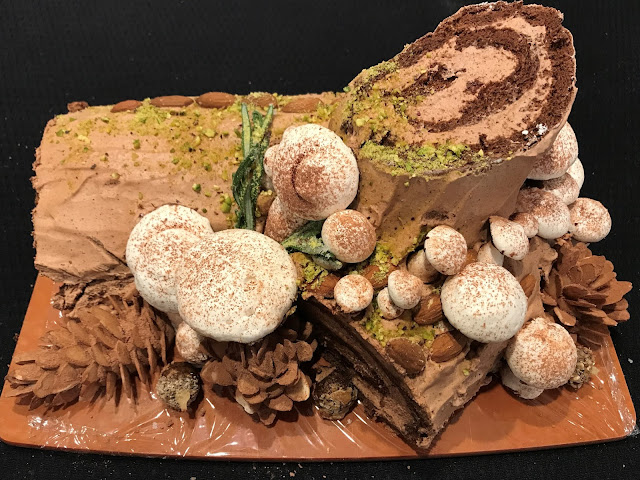 When I made this for Christmas eve, I made extra filling to insure I would have enough to frost the outside.  This was unnecessary and  I ended up with leftover filling so, for New Year's Eve, I baked another cake using 4 dish towels (three terry ones, stacked, and a linen one on  top) and the cake did not crack when I unrolled it.

Here's a photo with extra towels used to roll the cake - you can see how much fatter the roll is: 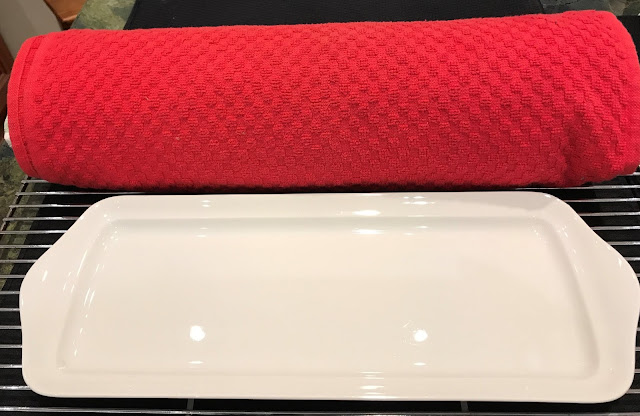 And...the cake unrolled with no cracks (it stuck to the side of the pan - I didn't use enough ghee - and the edge tore): 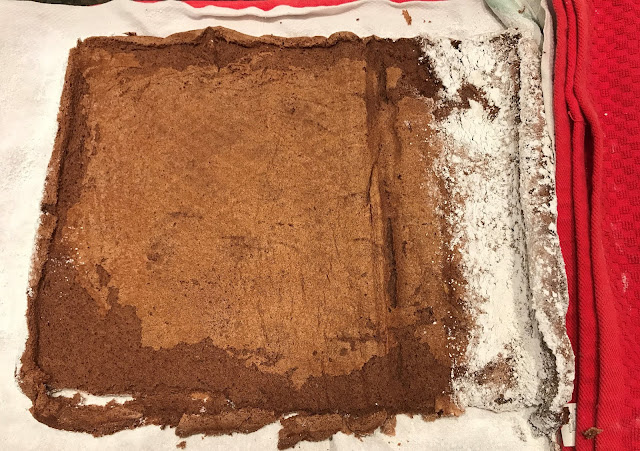 I wanted to do something a little different this time so, before spreading the whipped cream filling, I spread a thin layer of guava jelly over the chocolate cake.  It was delicious!

Any other fruit jelly - raspberry, apricot, or orange - would also have been good.  In those cases, I would add a little Cointreau or Chambord to the whipped cream. 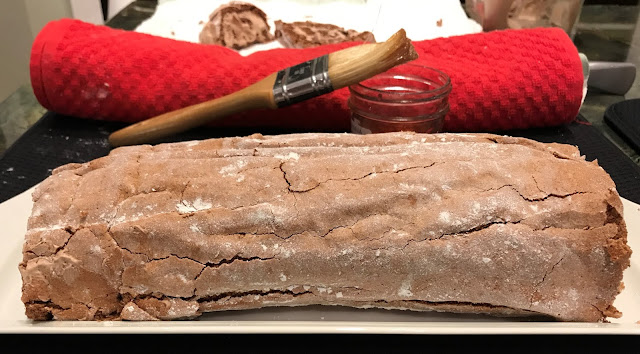