It might seem weird to post a fruit jam recipe in December but...this is the season for guavas!  I get mine from LaVigne Fruits, a biodynamic farm in California.  Of the hundreds of varieties of guavas available, ranging in color from creamy white to deep maroon, the variety LaVigne grows is Mexican.  It's green on the outside and peachy coral on the inside with the rind turning to yellow when ripe.

I don't like to use commercial pectin because it's made from conventional apples, which are very high on the Dirty Dozen list - in other words, they're high in pesticides.

Guavas are naturally high in pectin, so added pectin isn't necessary.  The pectin is in the seeds so I cook the fruit WITH the seeds and then either press the pulp through a strainer (for jam) or drain it in a jelly bag (for jelly).


The recipe couldn't be simpler: 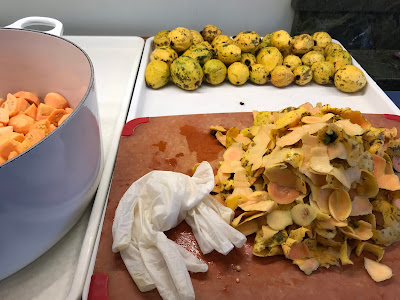 *If you're going to add hot peppers, add them now.  I found that when I sliced them, the heat they add is subtle.  I wanted something more assertive so I pureed them in the blender, pulverizing the seeds and ribs which is where the heat is concentrated.  The resulting jam was very hot which is necessary if you're going to add it to cream cheese.  If you plan to eat it on toast, then slicing the peppers will produce enough heat. 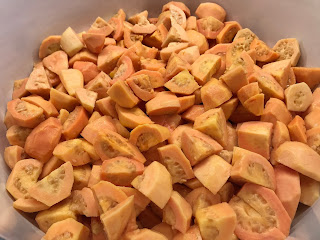 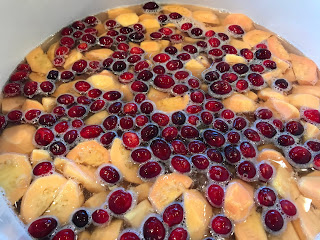 Add just enough water to barely cover the fruit and bring to a boil.  Simmer until the flesh is very tender. TASTE the liquid.! If it doesn't taste like guava, let it simmer longer to concentrate the flavor. 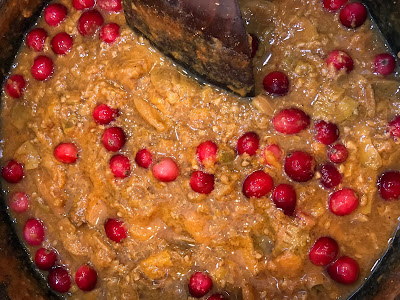 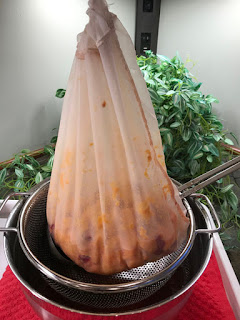 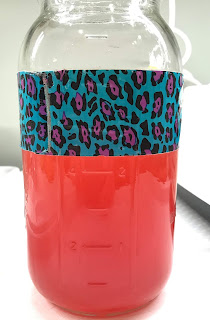 Measure the resulting liquid/pulp.  For each cup of liquid/pulp add one cup of sugar and 1-2 T. lemon juice.  If you want to preserve that beautiful color, use white sugar.  If you don't care about the color, use biodynamic (or organic) sugar, which always has a brownish tinge.

Don't be tempted to use less sugar, you'll just extend the cooking time and end up with less jelly. Because you aren't using commercial pectin, the jam will 'gel' when the liquid:sugar ratio allows the temperature to reach220F.  Using less sugar will concentrate the flavor but I prefer to accomplish that while the fruit is still in the liquid so more flavor will be extracted.

DO NOT OVERCOOK - IT WILL TURN TO CONCRETE!!

Sorry, forgot to take a photo of it simmering!

Remove from heat and transfer to canning jars.  Process for 10 minutes under 5 pounds of pressure.  You can also process these in a water bath but I find that to be too messy.


Shown below, jelly, and syrup in a selection of sizes:  I process the different sizes for the same length of time, stacking them in the canner using a rack (get the right size for your unit).

I have received three shipments from La Vigne so far and each one was different!  In the first shipment, the guavas were not yet ripe and I was able to wait until lthe optimum moment to process them.

The second shipment was ripe when they shipped it and arrived so soft I had to cook them that day and I was unable to peel them.

The third shipment, which I requested be sent underripe, never seemed to ripen!  It was a huge shipment - 20 pounds - so I cooked the ones that were the softest after about 1 week, and left the rest for later hoping they would soften.

A week later they were all yellow and were at the perfect softness but I couldn't process them that day because I was in an all-day workshop.  I assumed they would be even riper the following day, and softer, but they were all hard as rocks!  I cooked them anyway, and they took a long time to soften in the pan.  Can anyone explain why this happened?

From 20 pounds of guavas I was able to make 6 pints of  guava-habanero jam, and 4 pints of syrup, 6 pints of guava puree (for making curd, or parfait).  Next year, I think 10 pounds will be enough.