Every winter, I place an order with La Vigne Fruits for lemons, limes, and oranges which I preserve so they'll last the year.  I prefer to get these from La Vigne Fruits because they're grown biodynamically without any chemicals.

I process the limes first because they're the most perishable.

The lemons and oranges keep for a long time in the fridge but I prefer to keep them in our basement, in the box they arrived in.  If there's only one layer of fruit in the box, covered with the straw it was shipped with, they'll keep for 2 months!

I freeze the zest and the juice, I make some of the juice into curd (which I freeze), and I've made marmalade from the oranges.

First I remove the zest (using a vegetable peeler). 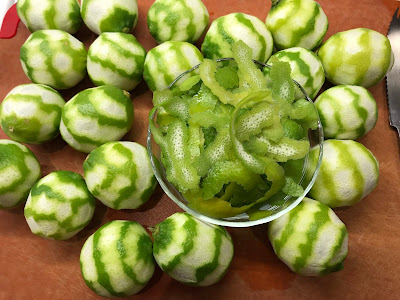 I vacuum seal the zest and then freeze it. 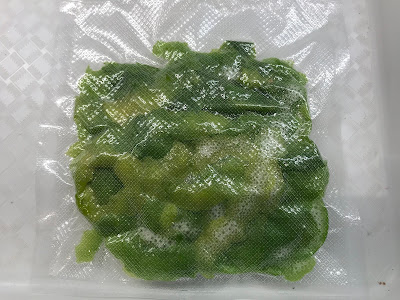 I cut each fruit in half and juice them using an electric reamer.  My first shipment I juiced by peeling them and running them through my Omega juicer but the result was quite bitter so now I do it 'by hand'.  This particular juicer removes most of the pips. 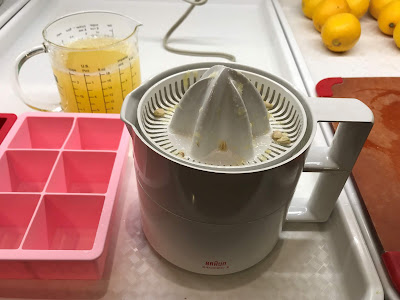 The juice I pour into ice cube trays, freeze, and then remove from the trays and freeze in reclosable plastic bags.  2.25 cups of juice will fill a silicone jumbo cube tray. 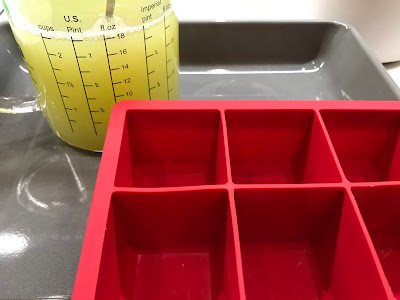 I set the cube tray on the tray from our convection oven to facilitate carrying it downstairs where our freezer is.  I don't fill the cubes all the way to the top, then wiggle the cubes into a reclosable bag to protect them until they're frozen. 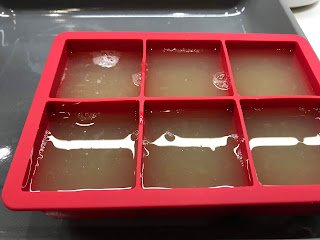 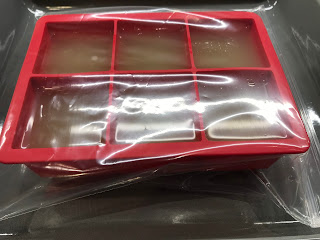 Once they're frozen, I remove them from the cube trays and store the cubes in the reclosable bags where they are easy to retrieve when needed. 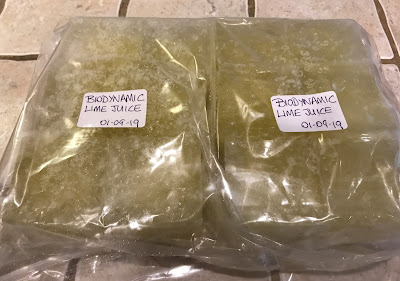 Some of the limes I cut into eights and then freeze to use in cocktails - they can be used as either 'ice' or as a garnish.  This year, I cut one into slices to see whether I would use that format. 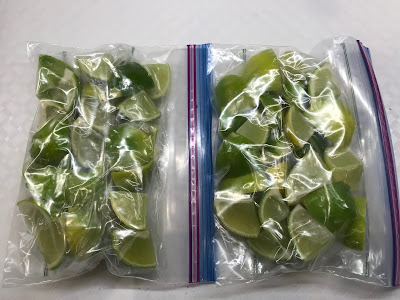 While I freeze most of the juice, I do keep some in the fridge for immediate use.  I store the juice in miron glass jars where it keeps (refrigerated) for months!  I buy my jars on Amazon.  When I run out of fresh juice, I defrost a cube or two and pour it into these jars. 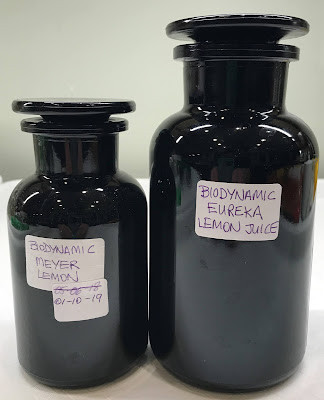 I have also bought guavas and cherimoyas from La Vigne Fruits.  The guavas I make into jam, syrup, and puree which I then pressure can; the cherymoya flesh I freeze.

In summer, I buy kaffir limes and lemongrass which I use to make Thai curry paste.  Both of these go directly into the freezer with no processing, where they stay until I need them.